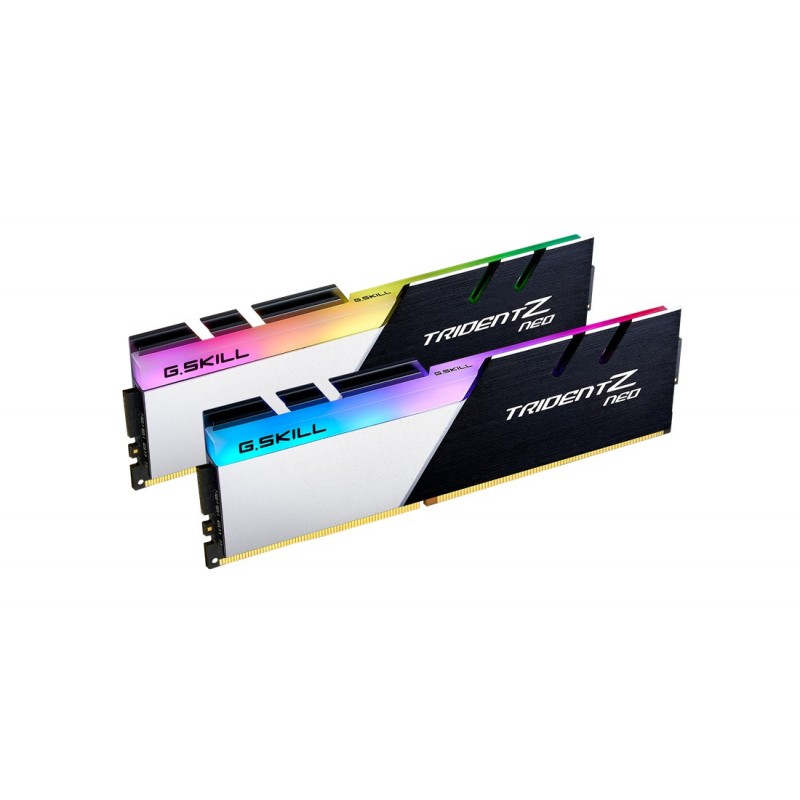 Optimized DDR4 Performance for AMD Ryzen 3000
Engineered to scale memory performance with the latest AMD Ryzen 3000 series processors on the X570 platform, Trident Z Neo is optimized to push the platform to its maximum speed.

Sleek Beveled Edge
Inspired by the racing stripes of sports cars and supercars, Trident Z Neo features a beveled edge along the top of the signature tri-fin design with the asymmetrical slant to achieve a sleek and clean look.

Powerful Overclocked Performance
Crafted with hand-screened memory ICs and custom 10-layer PCBs, each and every module is made for maintaining the best signal integrity to achieve fast overclocking performance.

Light It Up With RGB Software
Fully control and customize the 8-zone RGB lighting through the downloadable Trident Z Lighting Control software.

Sync Up with System Lighting
Want to sync up your system lighting? You can use Asus Aura Sync*, Gigabyte RGB Fusion*, MSI Mystic Light*, or ASRock Polychrome Sync* software to personalize the colors and effects of your Trident Z Neo memory and compatible motherboards!
* Note: Trident Z Neo lighting control support through the listed third-party software may vary between motherboard models.

OC Profile Support
Whether it's DOCP or A-XMP, just set and go. Programmed with optimized OC profiles, the only thing that stands between you and awesome performance is a simple setting.