Product Information
With the Alphacool XPX Aurora Pro Eisblock, Alphacool offers a CPU water cooler specially designed for processors with particularly large processor cores. These currently include the AMD Threadripper TR4 and TRX40 models and processors from Intel for the LGA 2066 socket and the LGA 3647 server socket in narrow ILM design. As a CPU cooler from the Aurora Design line, the CPU cooler naturally offers integrated digital aRGB lighting.

Extremely powerful
The cooler base has been specially optimized for the large processor cores. With an area of 42 x 58.6 mm and 147 cooling fins the cooling area has been significantly increased. As a comparison, an Alphacool XPX Aurora Eisblock has 81 cooling fins to completely cover the processor core of a normal CPU. Both coolers use the same fin type with a thickness of only 0.2 mm. This clearly shows how far Alphacool has gone to offer the best possible performance. The entire cooler base is of course made of nickel-plated copper and not aluminium. This is due to the increased thermal conductivity of copper. It is almost twice as high as that of aluminium.

How is the CPU cooler illuminated?
As with all new Eisblock CPU water coolers, Alphacool relies on an integrated aRGB solution. An aluminium frame is flush with the CPU cooler. Of course, the aluminium does not come into contact with the water. The LED frame contains up to 14 addressable digital RGB LEDs. This is more than enough to illuminate the entire cooler even and brightly. The intensity of the illumination can of course be controlled by an appropriate controller. Due to the use of digital RGB LEDs, all known effects can be created, because each LED can be controlled separately with the right controller. The Alphacool Eisblock Aurora Pro cooler can also be connected and controlled via the 3-pin 5V connector on any compatible mainboard. The cable also has an integrated Y-adapter. This makes it easy to connect further Alphacool Aurora products in series without having to order separate Y-adapters. Only additional extension cables may be needed if you want to connect the products in series.

Is the assembly difficult?
Installation is child's play. Remove the protective film from the base of the cooler, apply some of the enclosed thermal paste to the CPU and then attach the cooler to the board. Depending on the base, the mounting screws are either screwed on before or after mounting. No tools are necessary for the assembly. Alphacool uses knurled screws, which allow a quick and easy assembly.

Finally Plexi!
The Alphacool Eisblock XPX Aurora Pro is the technical brother of the Eisblock XPX Pro 1U cooler, which was developed especially for the use in server housings. During the development the functionality had a much higher priority than the design, which was kept practical and discreet. The Eisblock XPX Aurora Pro has been optically adapted to the Aurora products and now offers the same design features as you are used to from the Aurora series. This allows you to perfectly match your entire system to each other optically and you don't have to make any compromises. Thanks to the plexiglass look, you can see the water flow beautifully. On the Plexi there is a black frame embedded with a very discreet Alphacool logo in one corner. 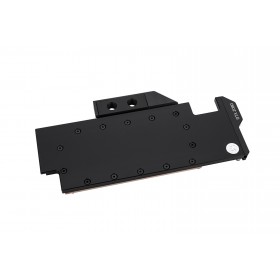 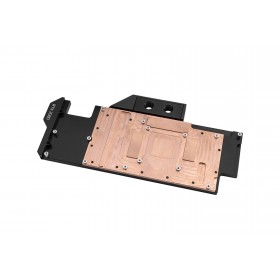